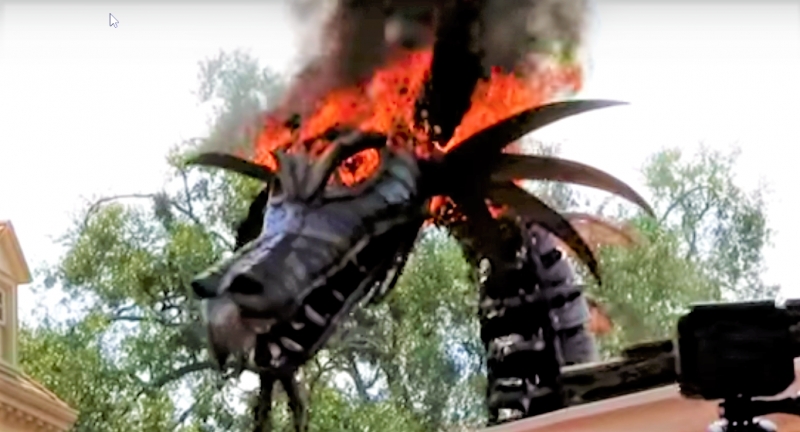 Something bizarre and maybe even prophetic happened on Friday, May 11 to the Maleficent Dragon in the Walt Disney World  Festival of Fantasy Parade at the Magic Kingdom. As you can see in the picture here, it caught fire. Now the dragon is an elaborate parade float; a real, fire-breathing dragon.  But it certainly not supposed to have a fire like this! As you can see in the picture here and the video in this article below, the head of the dragon caught fire during the middle of the parade.  Things like this just don't happen at Walt Disney World.

Why might this be prophetic?  Read on and find out.

This post includes important spoilers for the movie Avengers Infinity War.  Stop reading now if you don't want to know what happens in the movie.  Keep reading if you want to know more about where the world is going and how late is the hour.

On Thursday, April 26 I went on a father daughter trip to see the movie Avengers Infinity War.  We enjoy watching movies together and she had been looking forward to this one in particular. If you know much about the Marvel Cinematic Universe (MCU) then you know it is important to watch the closing credits in any Marvel movie.  There are always one more more additional scenes included in the credits.  Sometimes they are something funny, but most of the time these scenes provides clues to the direction of future MCU movies.

When the credits began to roll during the very somber end of the movie, virtually everyone in our theater moved stayed put.  Thes stayed to see what clues the additional scenes would provide. There's only one additional scene in Avengers Infinity War and it does not occur until after all of the credits are shown.  The scene contains an important clue that suggests how the Avengers will defeat there seemingly invincible enemy in their next movie, which is scheduled to be released in May 2019.  From an MCU perspective it was good scene with the surprise reveal being that the coming hero who will save the day is Captain Marvel.  But, that's not why I'm writing this post.

Now that we have celebrated the Resurrection at Easter (also the Feast of First Fruits on the Jewish calendar) let's get back to the topic at hand.  That would be the Rapture.  Whether it is on Ascension Day or sometime later considering everything going on in the world these days, together with the Revelation 12 warning sign last September, it surely looks like that the Rapture will occur sometime between the date of this post and Pentecost on May 20, 2018. Other blogs go into the details of why any particular date is a better candidate an another, so I won't repeat that here.

Let's do something different. 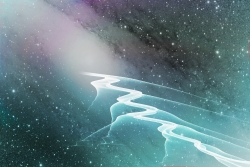 Let me start by saying this is a highly speculative article that I have written to spark consideration and discussion of a potential Ascension Day Rapture. I don't see any smoking-gun proof that Ascension Day is the date. What I do see is a considerable amount of convergence around the three different potential dates for Ascension Day. The topic of ascension surely sounds like Rapture, it is close to Israel's 70th birthday and it is 10 days before Pentecost.

But wait, did I hear you ask how there could be three potential dates for Ascension Day? Read on to find out!

Paul exclaims in 1 Corinthians 9:24 that we are to run the race as if to win.

24 Do you not know that those who run in a race all run, but only one receives the prize? Run in such a way that you may win.

But what exactly are we supposed to win and who are we competing against? Considering the lateness of the prophetic hour in which we live I think its important what we regularly remind ourselves who we are competing against and what need to do to win.  Let me use the sport of Cycling as an analogy.

To me, Cycling is both an interesting example and an interesting contradiction of running the race as if to win. This is particularly true for an event like the 21-day Tour de France race that occurs every July. In order to win the race, individual riders must work together with competitors at certain times in the race. You can't win without working together with your competitors and you can't win without separating yourself from your competitors. The key to winning of to maintain the right relationship with the peloton.

What is the peloton?

Heavenly Perspectives is a website dedicated to sharing the Gospel of Jesus Christ through discussions of Eschatology, the Second Coming and Life Eternal