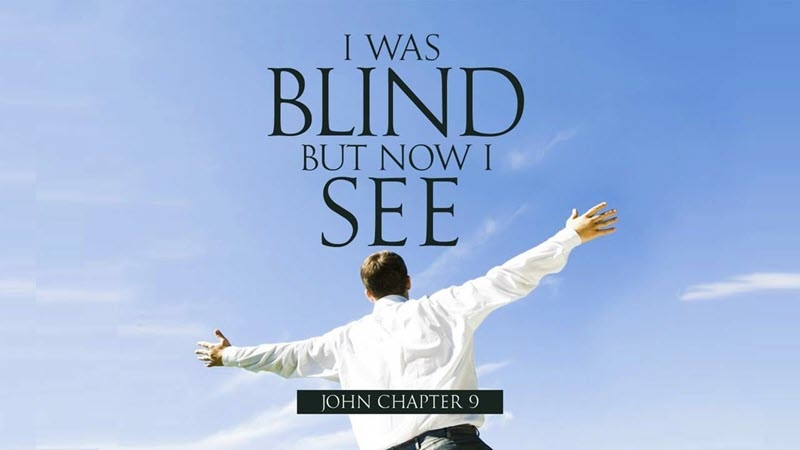 Does evidence mean anything these days? If I had rock-solid, easy-to-understand evidence that the Earth is flat, would you believe it? Would you even consider it or evaluate it? I'm not saying the Earth is flat. I'm just using the idea as a "what if" example. The Earth is clearly a sphere, a giant blue marble in space, end of story. But, what if I really had irrefutable evidence about something unbelievable, something 180 degrees opposite of what you have always known to be true? Could you allow yourself to believe it after a thorough evaluation? For context, I'm not talking about small truths,  I'm referring to life-altering truths. A few examples would include,

Would you be willing to throw away whatever you believed previously and accept a new explanation that has proven to be true without a shadow of a doubt? Could you do it?

On July 13-15, 2022 Joe Biden will make his first visit to Israel as President of the United States. While he is there he will obviously meet with the Israeli leaders, but he's doing something else that is unprecedented as well. Biden will reportedly meet with Mahmoud Abbas who is the President of the Palestinian Authority and he will meet with them in the Palestinian area of control.  No sitting U.S. President has ever traveled to Palestine.  Now the meeting will be in Bethlehem, instead of Ramallah, the Palestinian Authority's seat of power, but still, what might Biden hope to accomplish? The easy guess is Biden will do something foolish, just like he normally does, but could it be worse than that?

Quick question. Are you holding on for the Rapture or living each day as a witness in ways that will help bring others to Christ? Shouldn't this be the question we need to ask ourselves every day? Read on if you want to know more.

Revelation 6 begins the explanation of the seven seal judgments. The First Seal (Revelation 6:1-2) reveals the Antichrist in disguise. He is portrayed as a rider on a white horse, meaning he is impersonating our savior, Jesus. In the Second Seal (Revelation 6:3-4) the Antichrist begins to reveal his true nature as a fiery red horse is revealed. With the Third Seal, the horse changes to black, indicating the wars and killing are set to begin.   However, only when the Fourth Seal is opened does life on the earth becomes truly disastrous.

When he opened the fourth seal, I heard the voice of the fourth living creature say, “Come!” 8 And I looked, and behold, a pale horse! And its rider's name was Death, and Hades followed him. And they were given authority over a fourth of the earth, to kill with sword and with famine and with pestilence and by wild beasts of the earth.  Revelation 6:7-8 ESV (emphasis added)

Over one-fourth of the population of the earth is killed. That would be more than 1.5 billion people who are killed by the Fourth Seal. How is that even possible?

If you thought 2020 was bad, what do you think about 2021 so far? Situations and events are changing so fast these days that it is challenging to keep up. The world we live in today is very different than it was in January 2020.  COVID-19 opened the door to tyranny in many countries and those who had the desire to inflict tyranny on others walked ran through the door without looking back. Suddenly it was incumbent upon the elites and leaders of the world to "save us, citizens, from ourselves" and they did that by mandating lockdowns that accomplished everything except slowing the spread of COVID-19. When the COVID situation improved, many of the leaders declined to end the lockdowns. Instead, they moved the goalposts because it was too soon and still not safe. Now the citizens of the world are told we should just get used to wearing a mask or even two masks, even if we have taken the vaccination.

So, let me ask you this. Are the elites and leaders of the world really concerned with well being of their citizens? It sure doesn't look like it. Anytime you hear someone asks the question "When is everything going to get back to normal," what is your answer? Do you respond with the current stock answer "sometime later this year," or do you tell them the truth? What is the truth? The truth is simple. The world is NEVER going to return to the way it was in January 2020 or before. Keep reading because you need to know why.

Where are we in the prophetic end-times timeline? Are the Rapture and the Tribulation right around the corner? Maybe, but it's hard to say since Jesus was very clear in Matthew 24:36 that nobody knows the day or the hour when events such as the Rapture will occur.  Although, Jesus also said in Matthew 16:1-3 that we should be able to interpret the sign of the times, or we'll say the season.  Many watchers, including me, believe we are in the season of Rapture and shortly thereafter the beginning of the Tribulation.  So many events are occurring that is impossible to dismiss the signs for those who are willing to look.

My question for you in this series is simple.  Are you prepared for Rapture, Survival, or Persecution?

The year 2020 will go down as one of the most difficult years in modern history. Just focusing on American history I won't pretend to suggest it was worse than the early years of World War II, or that it was worse than the Spanish Flu years from 1918-1920, or that it was worse than any of the years during the American Civil War from 1861 - 1865. Outside the US, many countries have had far worse years, think Rwanda and other locations where genocide has devastated the country. However, what I will suggest is that everyone on earth has been negatively affected by at least one of the major 2020 issues; global pandemics, global depressions, hurricanes, political elections, censorship, persecution, and the emerging visibility of the ugly side of humanity.  No person anywhere, Christian or not, has been completely shielded from the struggle and the wreckage of 2020. So, what's next for Christians to prepare for, experience, and endure?

The Great Reset is here.  It is already begun.  Hopefully, Jesus will Rapture his church before things get too difficult.  How do I know?  Let's start with COVID-19. Is COVID-19 a real virus?  Yes.  Where did it come from? China.  Was it naturally occurring or human-made?  Human-made with 99.9% certainty.  Was COVID-19 deadly in Spring 2020?  Yes, for certain people, especially those who are over 65 and that have other health issues they are dealing with. Is COVID-19 still deadly? Still yes, for a few select people.  But for the other 99.9% of the population, no.  That's what the data says.  A.K.A "that's what the science says, 99.9% of people survive COVID-19." So, was COVID-19 intentionally engineered and released to the world as an excuse to enslave humanity? If you want to know what's really going on, click the read more button. 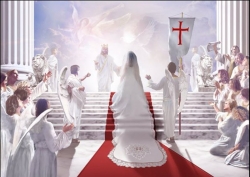 Recently I purchased and watched with my son a streaming version of the video Before the Wrath. Let me start by saying I didn't really know anything about the video other than it was recommended by several of the sites I follow. I honestly thought it was a movie from a Christian studio. There are scenes that are acted out, but they are only there to help the viewer visualize the topic of the video. In reality, Before the Wrath is a video Bible Study. It's not a documentary, although it references many ancient resources.  Instead, it is a fascinating, forward-looking comparison of the traditional Galilean wedding ceremony with the wedding of the Bride of Christ and the Marriage Supper of the Lamb.